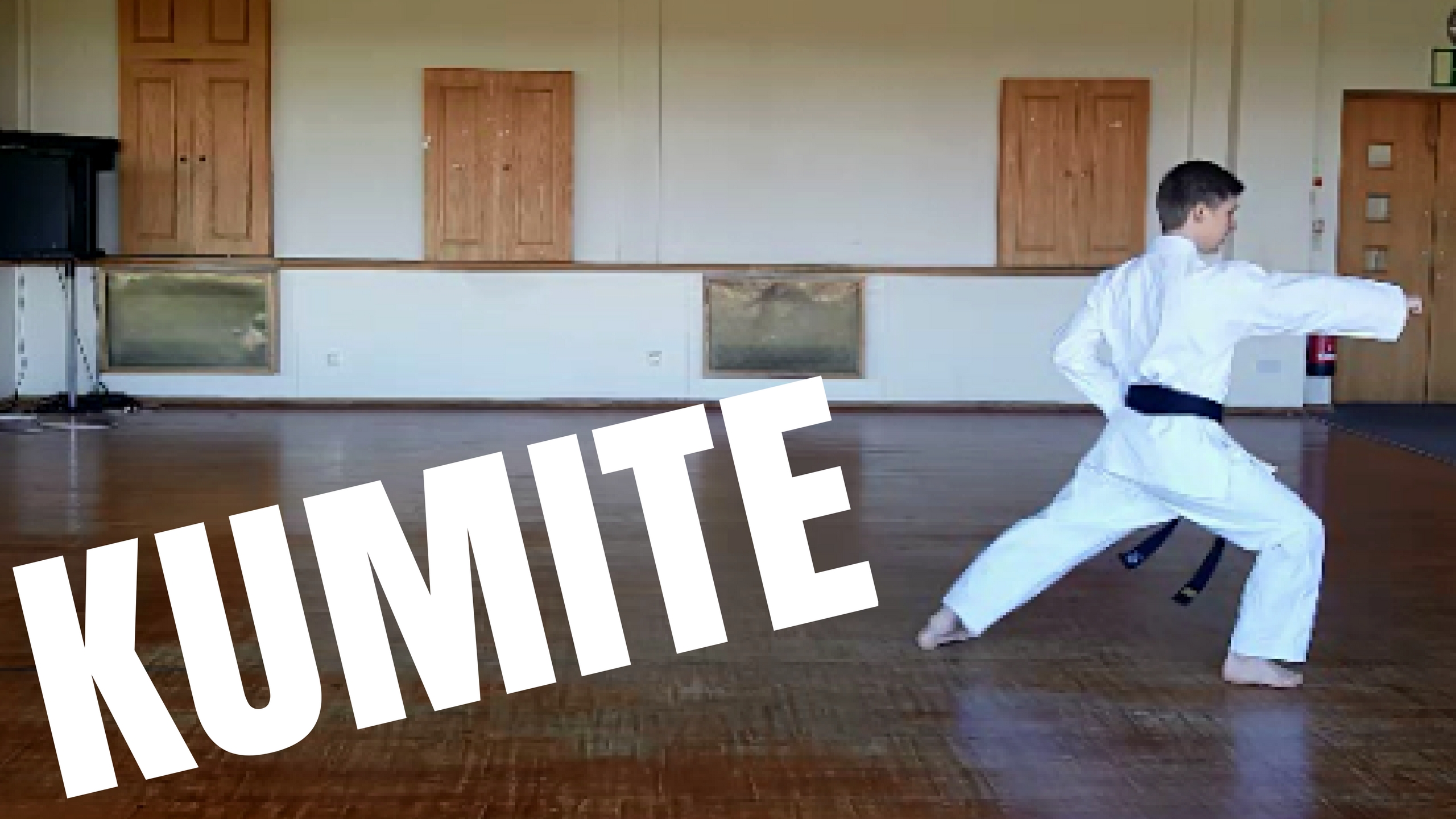 The K in Karate is for Kombat (or Kumite)

I am aware that it is a “C” before you judge me, just blame Mortal Kombat for influencing my never ending geek humour / pop culture references.

Karate is a martial art. It is a fighting style, and with it, there must be some form of combat. Kumite summarises a compilation of endless drills and sequences that are designed to gradually progress your fighting ability.

Imagine you’ve picked up the latest fighter (Tekken, Marvel vs Capcom, etc.). You would not want to jump straight in online with the pros (trust me, I’ve tried). Instead, you practice specific combinations and blocks in the training arena against an opponent who will let you.

You would then test your skills against someone who will start to fight back in the controlled “easy” settings. While you work your way through a roster of enemies, you learn their attacks and develop your own tactics.

Now, you can face off against your online opponent. This is the one who will not necessarily hold back (a senior grade if you will). However, instead of being beaten to a pulp, you will be able to do something. You will not get totally dominated or demoralised since you will at least know how to block and counter. Even if you do not do as well as you had hoped, you now have the base knowledge to be able to learn and adapt.

Hopefully that has soothed any concerns for black eyes and broken limbs. Just remember that there is always a choice. To begin with though, you will work your way through sparring in a organised and controlled manner as you pass each grade.

Set Kumite is nearly always a requirement for a grading. They are used to develop distance, timing, and technique against an opponent. These controlled combat situations are introduced from the start so that beginners can learn the practical application of their techniques. For example, the Kihon Kumite or Five Step Kumite, consists of only three different attacks and three different blocks which are allocated to those specific attacks.

Each Set Kumite has specific blocks to specific attacks. The attacks often vary with their target areas and can be done off of both sides as you become more advanced. The blocks also become more varied as you learn to block only once before you counter, rather than stepping back five times before you counter. This encourages better reactions and confidence in your ability. These blocks will also begin to move you to the side, showing the participants that they have a lot of options, and this can create different openings on your opponent.

To bridge the gap between contact and set sparring you have sets such as the Jyu Ippon Kumite or Semi-Freestyle Sparring. Tthese more advanced sets tend to allow the blocker to use whichever blocks they want, or to choose from a select few. This again helps to develop their awareness, decision making, timing, reactions, distance, and practical technique. It also begins to make the sparring more of a fight as you tend to move around the floor a little, keep light on your feet, and not take your distance before you attack.

Although Set Kumite is a nice introduction to Kumite, it is fairly limited as you know what to expect. For this reason I use touch sparring as a way to give beginners a taster of what is to come.

Essentially it is very light contact sparring with their hands open. They are only allowed to block and tap their opponents head or body.
Touch Kumite is not used in every club, but it has worked wonders for my students, and really helps their confidence to thrive later on. It is also more like a game, so most people forget about the combat element.

Inevitably, you end up with Freestyle Sparring or Semi-Contact Kumite. Before this you should not have taken any real hits, and even now, you should not be taking any full blows. Kumite is very rarely done with full contact, not without padding anyway. However, from personal experience I can safely say not everyone agrees, or sticks to it.

The idea is that sparring is a controlled affair, and contact is expected, but kept minimal. We aim to just make contact to demonstrate our ability. We want to show that we could have hit harder if we had wanted to, and that is all. Self-control is expected, and those who cannot abide by this find themselves sitting out or expelled from the association. Accidents do happen, but generally if somebody is being overly aggressive and continually hitting you on purpose, it is pretty clear.

Generally, people of a similar build, ability, and sex, partner each other. However, sometimes it is impossible. It is always good to vary the people you face though; this is another reason why control is important, otherwise those with more experience would dominate and / or injure a lower grade.

Similarly to Kata, you do have the competitive element. Some clubs teach this and some do not, but this style of sparring is very different as it is centred on scoring points. Similarly to Freestyle Sparring, you aim to not be hit, while making light contact on your opponent. However, more contact is acceptable as competitors will be wearing gloves and a gum shield.

The key difference is that competition kumite has rules. There are restricted techniques such as elbow and knee strikes. They also allow sweeps, which are frowned upon in a normal dojo unless you have mats.

I could go into their different training styles, and how competitors are typically trained athletes rather than practitioners, but that is an article for another time.

So far I have discussed the basic examples of Kumite, but essentially any partnered combat drills can be classed as Kumite. It varies greatly from limited rules (i.e. legs only), to two versus one, to practicing set combinations. You can easily use your imagination.

The key point to remember though is control. You only get as close as you can to making contact when you grow consistent and are able to judge your distance accurately. You should also bear in mind that you may get hurt; this is a martial art after all. However, do not feel that you have to. There are variations that can be done for those who cannot do semi-contact sparring, or styles and tactics that can be developed for those with injuries or impairments. One of the main benefits of Kumite is that you learn to apply your body to a fight. You learn your strengths and weakness, and adapt accordingly. No matter your ability, there is Kumite that will suit you.

Kumite often seems like the black sheep out of the three elements that make up Karate. However, it is the culmination of your Kihon and your Kata, but also a method of improving these elements too.

Your Kihon gives you combinations and correct technique to use in your sparring. Meanwhile, Kata lends you its speed and coordination to build balance and control.

On the flip side though, Kumite gives you the depth that you need. Kumite shows you how each  technique can be used practically, therefore strengthening your understanding, and making your Bunkai easier to understand and your Kihon easier to relate to.

EmpoweringPT are also running Online Karate Sessions too (click for  information).  We also have a great range of helpful karate videos on Youtube – take a look.

We use cookies to ensure that we give you the best experience on our website. If you continue to use this site we will assume that you are happy with it.OkPrivacy policy